Kevin decided to host a 2-day wheeling trip to Rausch Creek in late August. In addition to the CORE invite he also had a few Rover friends that were interested in tagging along. The following folks were there to participate in the fun:

The mud along this section was as slippery as ice, but rutted, and no matter your tires you had little control over your route.

Kevin convinced several of us to camp at Rausch Creek, a first for some of us. It ended up working well, free to camp there and you’re right there in the morning ready to hit the trails. Saturday looked to be a busy day with a lot of people there to register, and as we finished paying up a long line of Hummers rolled in for an event apparently! After meeting everyone we prepared to hit the trails, opting to go for the Northeast Property and try and avoid the crowds. One exciting addition on this day would be Jordan and Susie in his F-150. With the longer full size truck dimensions and wheelbase we knew it would be a fun challenge to see what it could do on the trails. 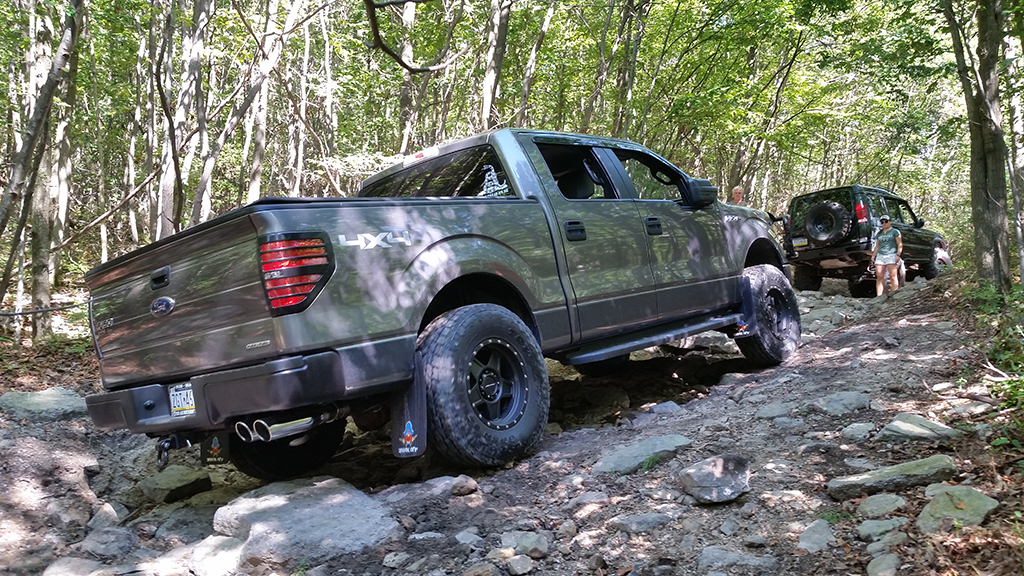 We quickly found several flexy spots along N4 and then decided to take X3. It was our first place to see just how much flex the F-150 had. It did well and with some spotting managed to flex just enough to kiss the steps but get through no problem. Susie got out at several points and quickly got the hang of spotting Jordan through the tricky spots. It was great to see our guests getting so involved.

We continued on exploring the other F and X trails, eventually working our way toward 31 where we would stop for lunch. Randy and Kevin went through on the black trail for our lunchtime entertainment. Randy sheared a valve stem off a tire though. We tried to plug it with a screw (from his dash!) but the air quickly escaped and we had to swap the tire. Once that was done we headed through the K trails, with Susie getting more spotting experience and Jordan getting used to full flex and some 3 wheel action! 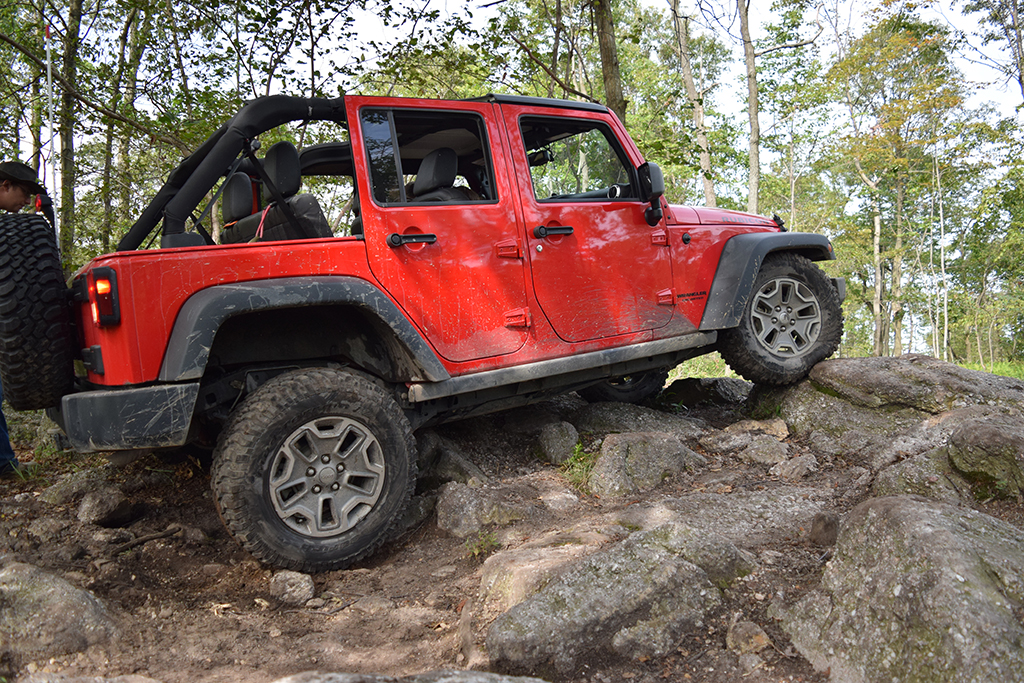 Unfortunately along this stretch we came to a mud hole that was much bigger than the last time we had visited. The mud along this section was as slippery as ice, but rutted, and no matter your tires you had little control over your route. Despite our faith that we could get everyone through without damage the F-150 slid sideways toward the end of the slop and took a rock to the driver’s side step. It took a small chunk out of the side. Nothing major but it was unfortunate damage to an otherwise pristine truck. After some creative use of a winch we got it oriented better and along we all went. Eventually we ended the day down toward the Roswell area with some choosing to tackle 38C and Outer Limits!

Sunday morning those of us that remained woke up to an H1 being pulled onto a tow truck. Apparently our camping neighbors had a tie rod failure that would not be fixed in the park. The rest of us packed in for another day on the trails, this day we would enjoy the East and South Properties with our smaller group. We headed in along 2, past Frog Hole, and onto Crawler Ridge and D, not recognizing the area due to recent logging. We worked our way toward the South Property. With the smaller more experienced group we tackled several blues and purples including 12B, 12, 10A, and 14. During lunch David helped Kevin figure out a battery charging issue that had been plaguing his truck for months. It’s handy to bring along an electrical engineer to these things sometimes! 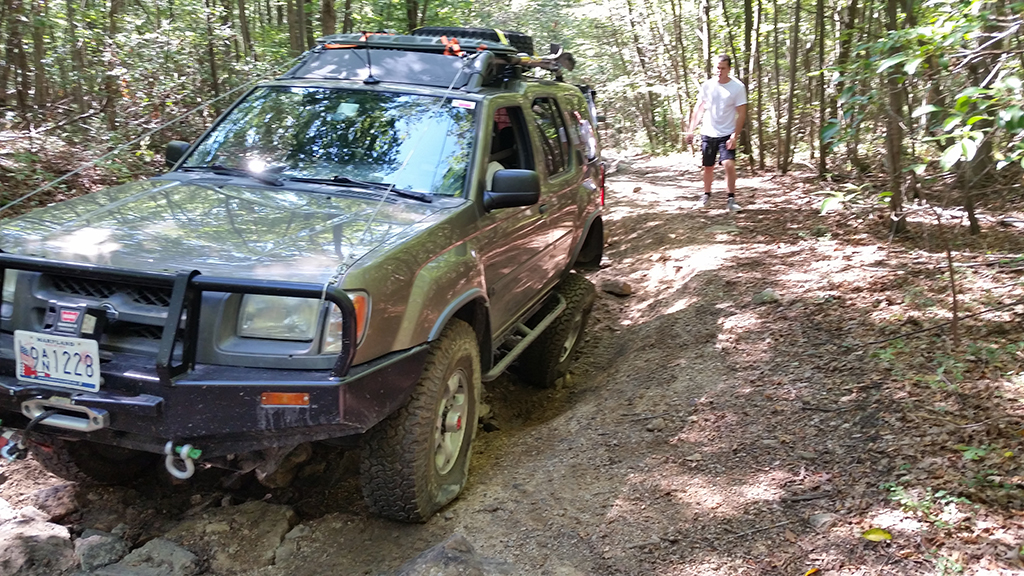 Mike and Jake flexing out!

After lunch we hopped back in the vehicles to avoid the gnats that seemed to be really bad on this side of the park. We headed on to enjoy 18A, 23, 19B, 11B and 11. We wrapped up the day back up Power Line and headed back toward the parking lot. On the way we hit Pole Line, C, B and K and eventually worked our way up on to the rocks at the edge of the Comp Course for a cool group shot! Eventually we all had to quit playing on the rocks and we headed back to pack up and head out of town. Thanks again Kevin for getting us out there, any excuse to go to Rausch for the weekend is a good one!