Every Earth Day the Virginia Four Wheel Drive Association (VA4WDA) hosts an Earth Day cleanup at a local trail. This is a great excuse to get outdoors on Earth Day and give something back to nature. CORE members believe strongly in being responsible off-roaders and we like to participate in these volunteer efforts whenever possible. Unfortunately the timing wasn’t great and only two of our members (in one Xterra!) were able to make it out this year.

This year we were cleaning up the trails on Bald Mountain in the Big Levels Area. Camping was provided by VA4WDA at Sherando Lake Campground in Lyndhurst, VA. Andrew and I arrived late Friday night (we never can seem to make it out of the DC area in time to set up our tent in the light) and settled in to camp at Sherando Lake. Saturday morning we all met up for the drivers meeting. VA4WDA had provided breakfast, a bit of swag, and trash bags and tools for the cleanup. Local forest managers met with us about the area, gave us a safety briefing, described the scope and goals of our work, and thanked us for our service.

Three groups were formed to tackle cleanup. The first group stayed down on Coal Rd and cleaned up along the paved road where there was a ton of trash dumping (and one strange squatter who brought their dishwasher into the woods with them). The two other groups headed up to Bald Mountain Jeep Trail, one from the bottom and one from the top. We decided to join in with the group cleaning from the bottom of the mountain, along with 5 or 6 other trucks. We slowly made our way up the mountain, stopping along the way to pick up beer and soda cans, car parts, and food trash. It was amazing how old some of the trash we found was – including the old pull tab beer cans and the 2-liter soda bottles with the black bottoms. There was also a TON of Dr.Pepper cans. Although the initial cleaning plan had us “leap-frogging” trucks to make sure we covered the whole area, it’s tough to drive past each other on such a tight trail, so we ended up just driving at our own pace. We each found plenty of trash though! We met up with other groups a few times, and passed the other cleaning crew about halfway through the day. 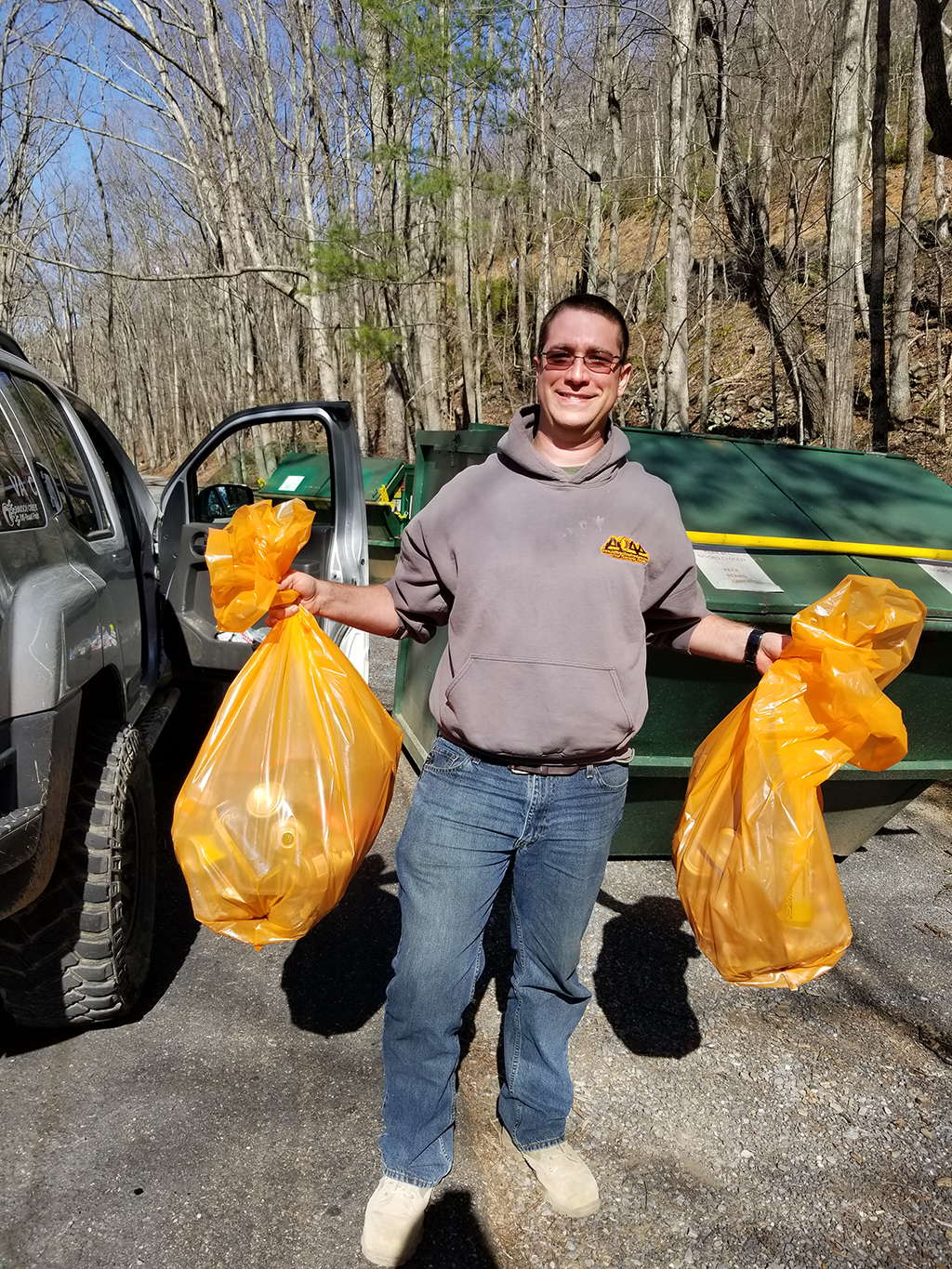 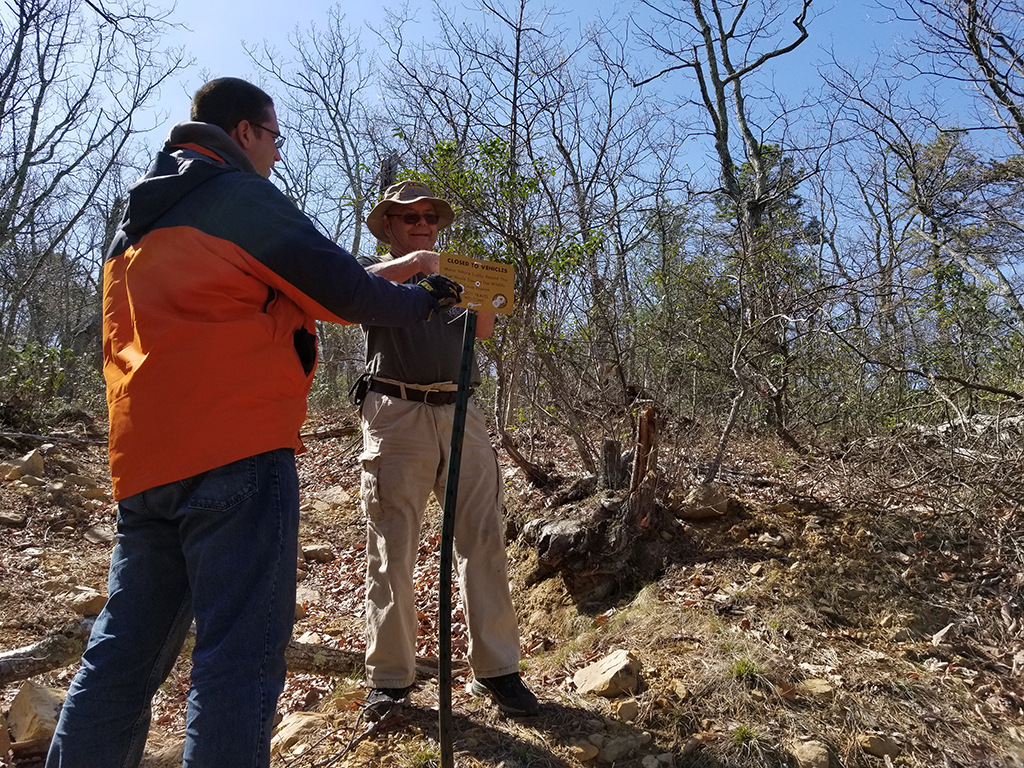 After we finished the trail we headed back to camp. VA4WDA provided an amazing dinner to all volunteers, including hamburgers, hotdogs, kielbasa, and sides. We spent one more night out under the stars and got some much needed rest!

Efforts like this are so important, not only to keep the trails clean for our enjoyment, but to show the public that off roaders are not all destructive. It was a great day outside cleaning up one of our favorite trails, and we look forward to attending again next year!