On January 22 and 23 a historic blizzard hit the Capital region dumping nearly 3ft of snow in some metro areas. CORE members, always on the lookout for ways to help those in need, did so again in this emergency situation. Several members found ways to help during this significant winter storm. While millions of people hunkered down and stayed inside the safety of their homes these folks went out and helped others.

Friday night we registered with the Reston Hospital to help get critical hospital staff to and from the hospital as needed. As the blizzard descended on the region we took a few Dr’s and nurses home and then went home ourselves for a little rest in preparation for the help they would need Saturday. Saturday morning we got the call around 4am and got our first names and addresses. 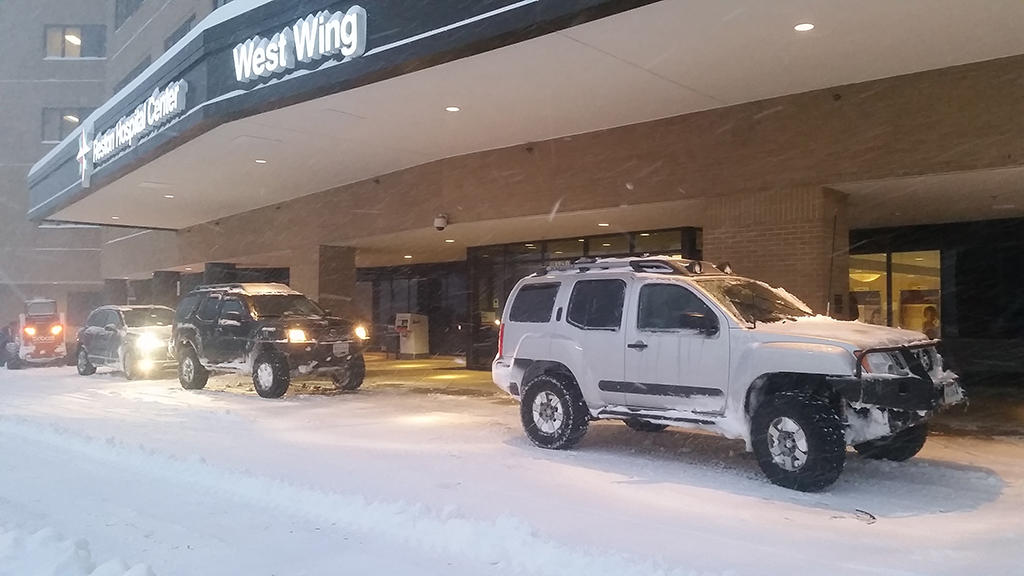 Ready for pickups at the Reston Hospital

Already the area had received over a foot of snow. We did several trips to and from the hospital picking up our last load around 1pm. Due to the white out conditions and the abandoned cars blocking the roads everywhere we would not drop these folks off til 3pm. On our way home we came across a stranded Ambulance. We stopped and ended up pulling the ambulance out of the snow bank it was stuck in so it could return to helping others. 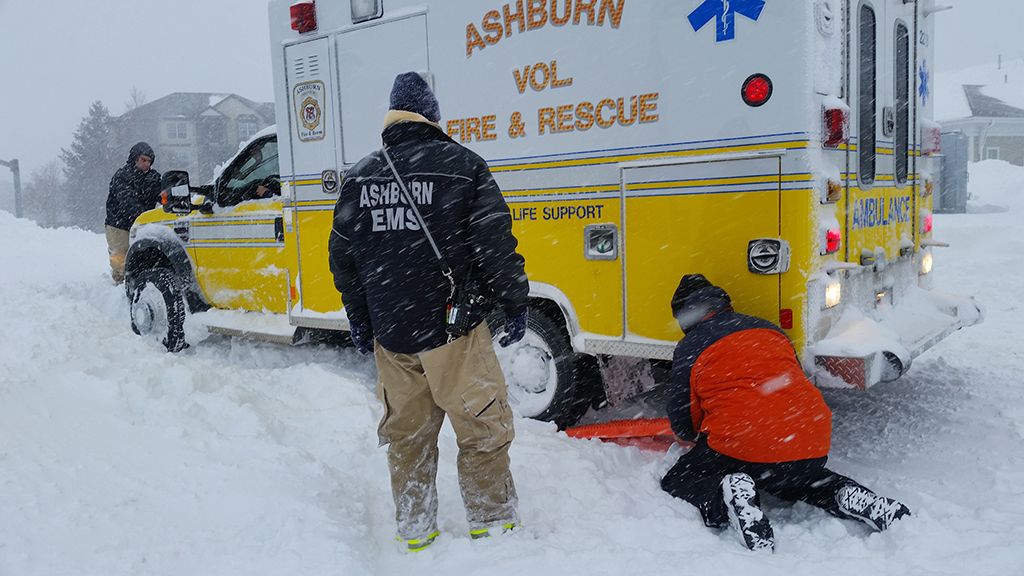 Helping out the ambulance


When we returned to our neighborhood at 6pm we found the entrance impassable. After getting the X stuck trying to make it in we decided to park the vehicle a mile away at a hotel parking lot and walk home, leaving the vehicle there until Monday.

Thanks to Andrew Taylor and Daniel Reeder for facilitating the coordination between volunteer 4×4 drivers and the Reston Hospital. Because of this, on Saturday, as the blizzard was still hitting Virginia,I was able to participate in transporting hospital workers to and from work. Throughout the day, the snow continued to accumulate as the snow plow fleet were struggling to keep the roads clear. 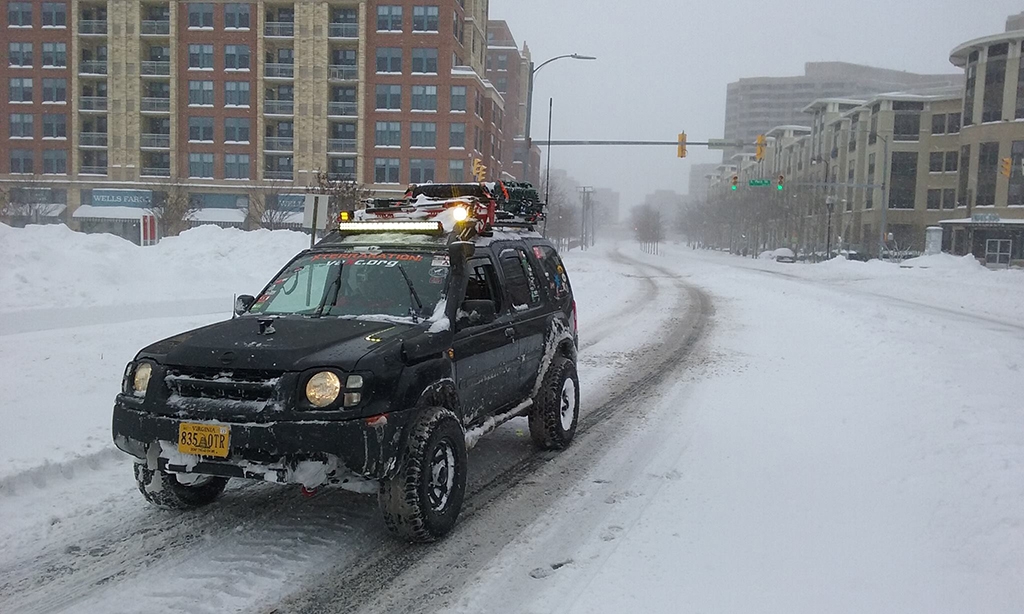 The snow reached 24 inches in Alexandria and was probably about 28 inches in Reston. Only key roads were cleared as side streets were too many to attempt clearing. Between transporting hospital workers, I also assisted stranded motorists in Alexandria and Loudoun counties during the whole weekend.. It was a privilege to help the motorists and the hospital workers with my vehicle and recovery equipment on board. If and when Virginia gets hit with another blizzard, I’ll gladly help patrol the areas to help stranded motorists as well as transport essential personnel to and from work. I want to thank all of the 4×4 drivers who helped during this blizzard.

Drove doctors to and from the MedStar Montgomery Medical Center.

Recovered an 18 wheeler stuck in an intersection near his home. 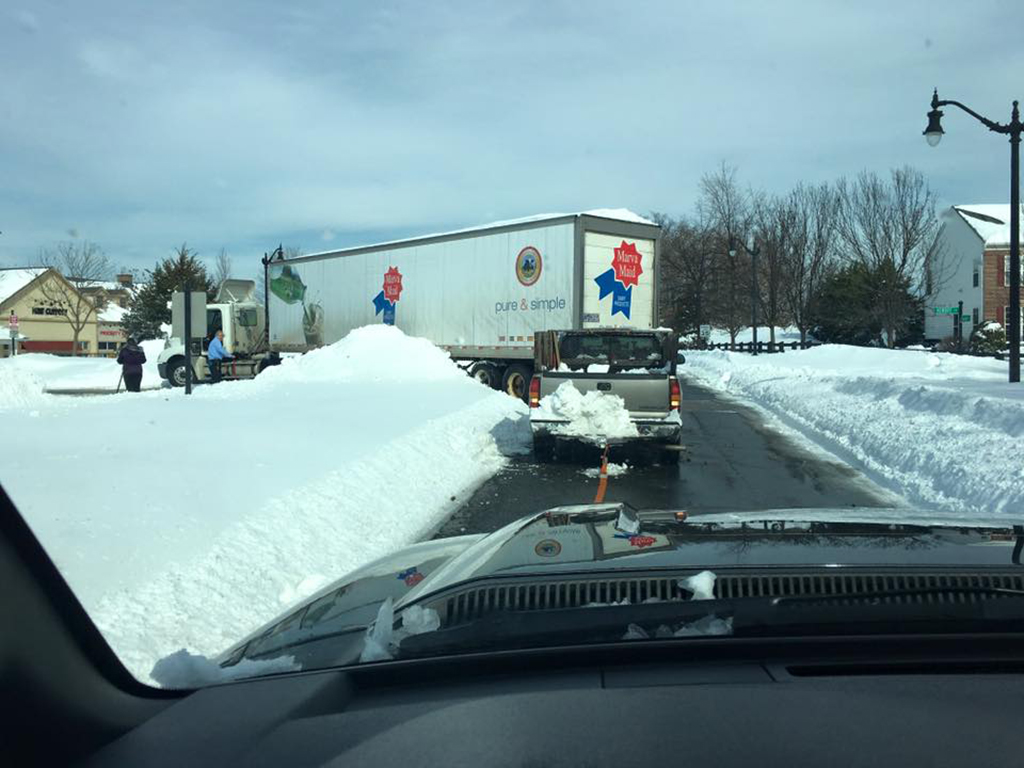