The onus for this trail run is the question that keeps arising regarding the Legal Use of the dirt roads in the Frederick Watershed in the City of Frederick Municipal Forest. After much discussion and research between Andrew Taylor, Mike O’Grady and I we decide to invite anyone interested to join us for a run through the much discussed Frederick Watershed on Sunday December 2.

Meet up was at the Train Head at 11 AM, 6010 Mountaindale Rd, Thurmont, MD 21788. This address will take you to the Trail Head Parking lot on Mountaindale Road. Mountaindale will be on the left of Route 15 north of Frederick. You take a left at Hessong Bridge Road, cross southbound Rte.15 and take a left on the access road to Mountaindale.

The group met up at 11:00 AM at the Mountaindale Road parking lot. There was a large group of current members and new guest in attendance.

As we ascended the hill with the windows open we could see and hear the sound of waterfalls one after another on Fishing Creek.

With Buzz Vogel leading the way with Andrew and Cherie Taylor providing Navigation and Trail Tracking, and Event Photographer duties the group headed off up Mountaindale Road into the watershed itself. As you enter the park there is a driveway/road to the left with several Do Not Enter signs posted. This is the road to the Frederick Township Reservoir and the primary reason for this trip.

Heading up into the park past the Reservoir to the west we took the left fork in the road to stay on Mountaindale Road at Gambrill Park Road. As we ascended the hill with the windows open we could see and hear the sound of waterfalls one after another on Fishing Creek. We followed the road to a merge with Fishing Creek Road and shortly came to the intersection of Delauter Road on the right. Here we discovered a new sign that had been posted giving notice that the water crossing at Delauter Road will be PERMANENTLY closed on February 2019. We continued up Fishing Creek Road until it intersected with Gambrill Park Road were we turned left. 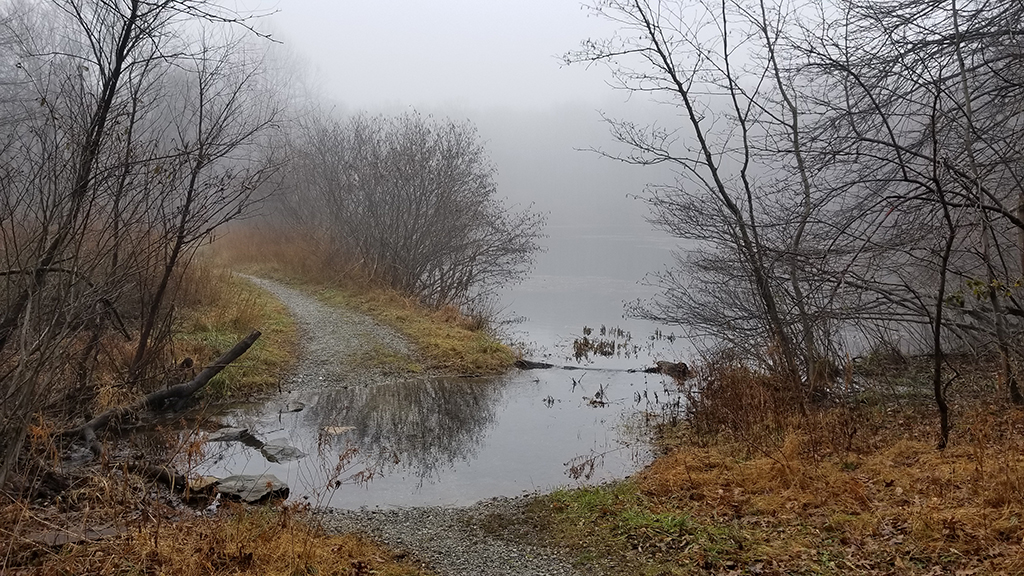 Once the group all made the left turn we came a turn off at a small smoky lake where we stopped and took 10 minutes to enjoy the placid water scene. Returning to our vehicles we continued west on Gambrill Park Rd where it soon turned south and turned to hard surface road. After about a half a mile we turned right onto Rum Springs Road which wound down hill through some rolling farm land and proceeded to turn left on Highland School Rd which brought us back to Gambrill Park Rd.

We crossed Gambrill Park Rd. onto Fishing Creek Road and followed it until we reached the intersection with Mountaindale Road again. 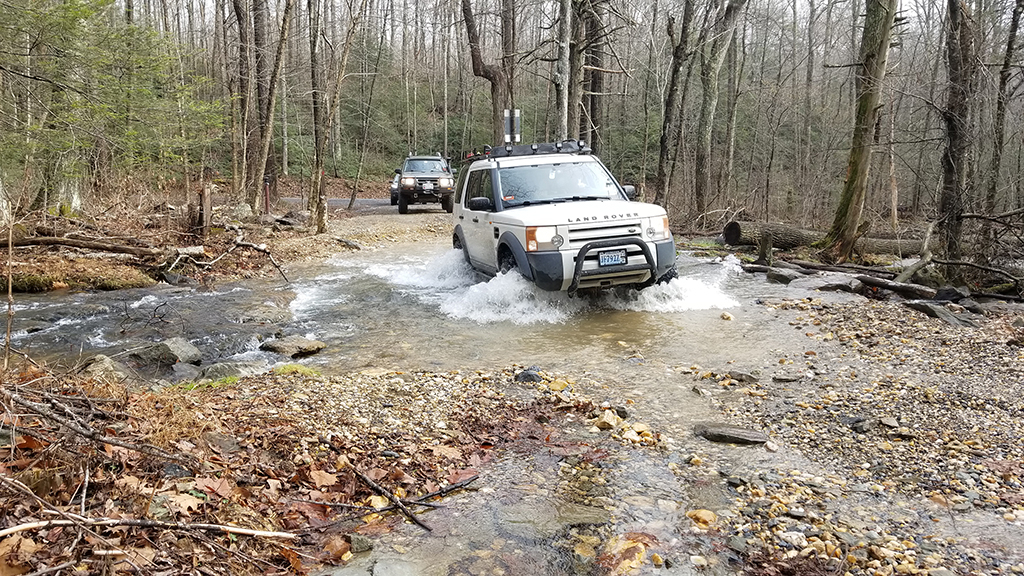 Here we turned left again and proceeded to the Delauter Rd. Turning left again onto Delauter Road we forded Fishing Creek where our photographer got out to capture everyone making the water crossing. After the water crossing we continued west until we reached Gambrill Park Road were we turned right and back tracked north and east passing Fishing Creek Road until we reached a turn off where we parked for a break and short hike to the Thurmont Overlook. Unfortunately it was very foggy at this time of the day and we were only able to stare out into the white abyss.

Once we returned to the vehicles we proceeded east and than south along Gambrills until we came once again to the Mountaindale Road and the parking lot where we started.

We all agreed that the park was a very nice respite from the noise of the city and agreed to try and return again when it was clearer, and maybe when there is snow on the ground.

Several of the group had to head home at this point and most of us headed for a late lunch at Barley and Hops in Frederick.