The Middle Atlantic Four Wheel Drive Association hosts two annual volunteer weekends in Green Ridge State Forest. It’s a chance for us off-roaders to give back to the community and develop a relationship with local land managers. Everyone hangs out at a group campsite graciously provided by the forest managers and has a great time. Usually there is a volunteer project of some sort on Saturday morning (planting trees, building fences, maintaining campsites, etc) and the rest of the weekend is spent enjoying the great outdoors! This year’s project was cleaning up a cemetery on GRSF property that needed a little TLC.

Rob Calhelha attended from CORE and gave us a brief overview of their weekend:

Around 0800 on Saturday, our convoy of Jeep Cherokee Trailhawks arrived at the campsite. Soon after a FOURTH Jeep Cherokee Trailhawk arrived! At the campsite were all manners of vehicles – build up Wranglers, old pick ups and a brand new Tacoma. Introductions were made and Ranger the Dog was entertained, as we awaited Larry. Soon he arrived and we made plans for the day. Larry explained that he had heard there was a cemetery on a hill overlooking the river. Though he had looked for it over the past few years, he only recently discovered it. This was to be a clean up as the cemetery was fully over grown. We loaded up in our little convoy and headed to the location. 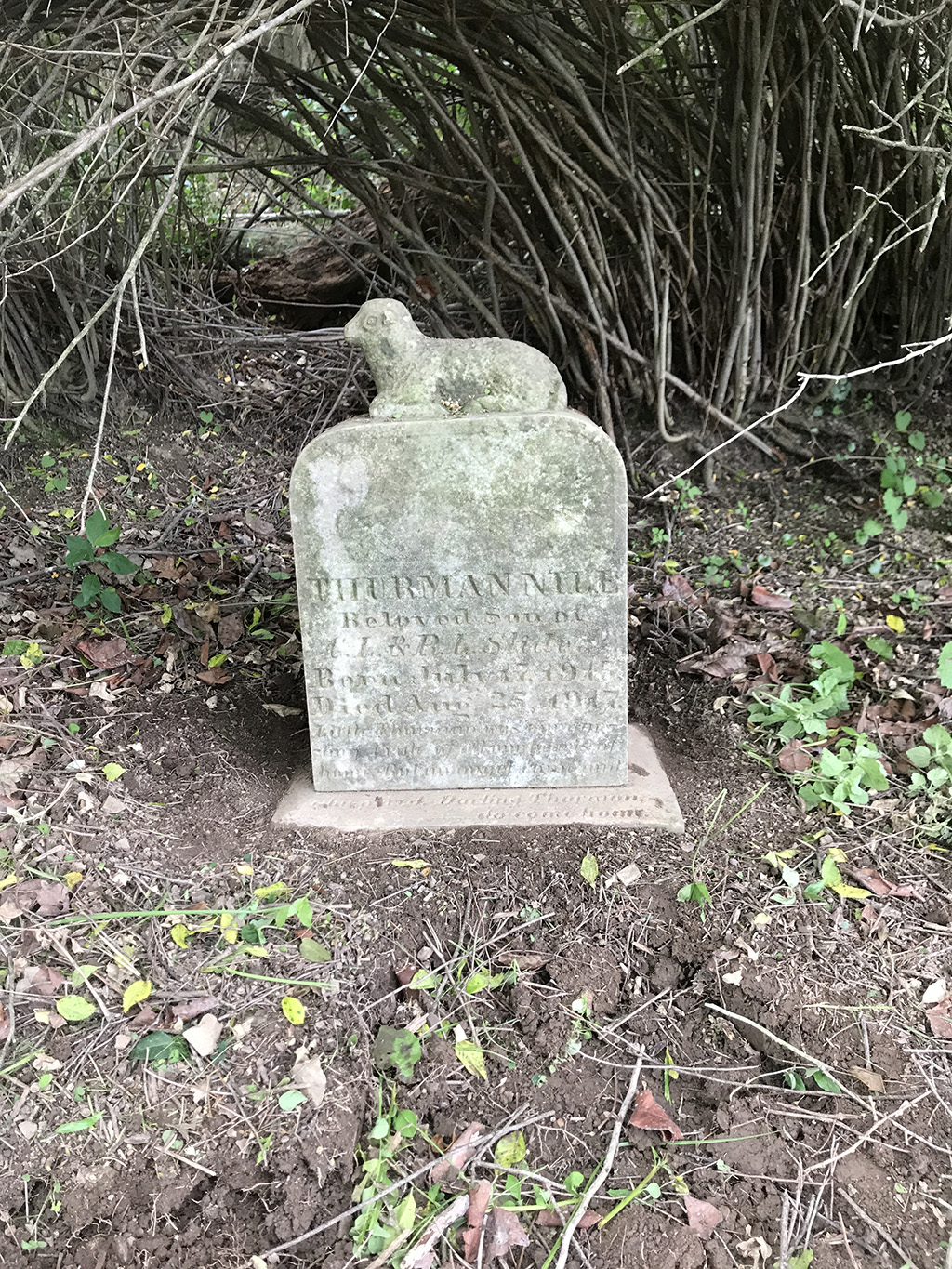 Once we arrived, we surveyed the site. Sure enough it was fully overgrown, but on a beautiful hill overlooking the river. Half of the group grabbed weedwackers, clippers and other sharp implements and went to work cutting down the grass, removing fallen branches and exposing the tombstones. There turned out to be more than anyone realized. The other half of the group went to work building a rustic entrance – two felled tree trunks with a cross bar set in quickcrete (the idea being that when it rained it would harden).

As both groups finished their work we all went to work straightening the tomb stones, which due to the hill sliding toward the river were all tipped. One stone read – “Gone but not forgotten” – which was both sad and uplifting. They had been forgotten – until this point.

Once complete, the crew took one last look at the site and then posed for a group photo from a UAV one of the Trailhawk drivers brought. Pretty cool. The group then split up with some folks going to the store and others taking various routes back to base camp. I took our little group on some dirt roads through the woods, via Piclic Road, back to the group camp site. From there good byes were said and back pats given. I then lead our little Trailhawk group on a tour of the forest, hitting some of the stream crossings, abandoned sites and overlooks along the way. We ended at around 5pm and headed back to the DC area.

All in all a great experience, a great day for a great cause. Can’t wait for the next trail clean up. 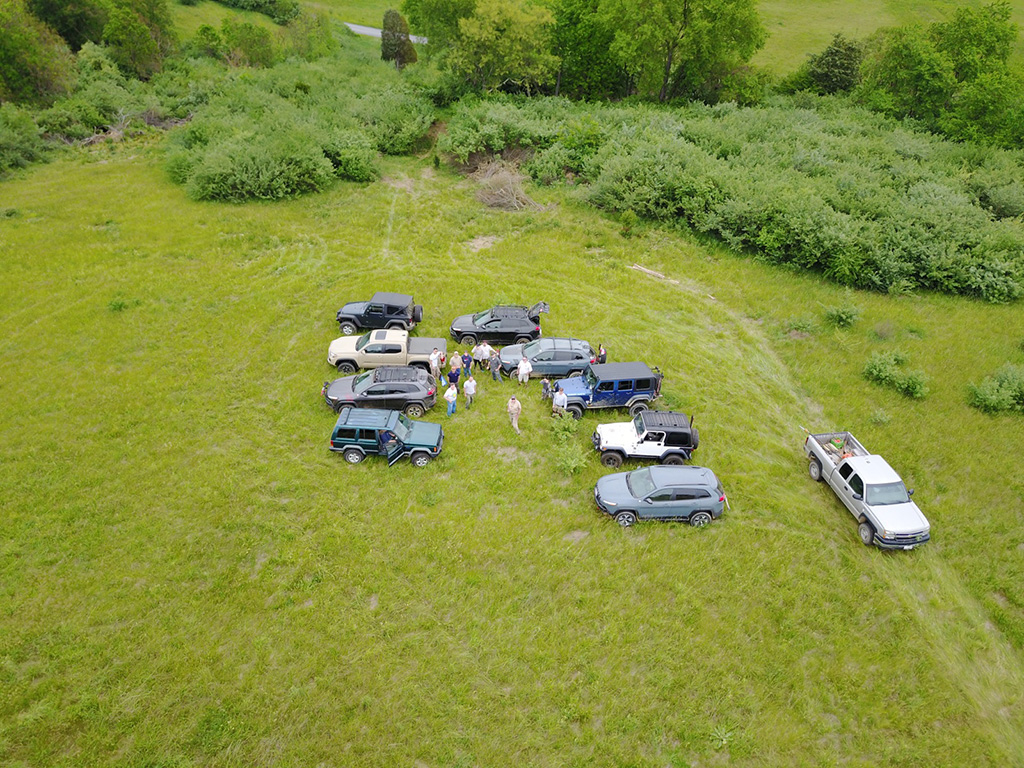