We’re always looking for new places to legally wheel and explore. We’ve done rocks, mud, and dirt and at Assateague Island National Seashore we have a chance to do sand. It about three hours from the DC metro area and just south of Ocean City in the town of Berlin, MD. This is the barrier island with the wild ponies. https://www.nps.gov/asis/planyourvisit/hours.htm. Six rigs were able to make the trip.

We all live in different parts of the area, so most of us met just before crossing the Bay Bridge in Annapolis. From there we caravanned to Berlin. The ride through the eastern shore is quite straightforward and very beautiful. The ranger station is located at 38o11’29”N, 75o09’30”W. We went to the National Park. There are also Maryland and Virginia State Parks with different rules and access. From our research it appeared the National Park allowed the most straightforward access. One thing to keep in mind, the park does not have day passes, only annual passes, which cost $90 per vehicle.

After airing down, most of us were at about 15 PSI for the sand. We headed onto the beach. I led the way. Sand does take a little getting used to. Similar to snow, but a little more left and right slide in the steering.

The weather was mid-fifties and a little windy. There were a few others out, but not many, so we had the beach pretty much to ourselves. We had a good straight run down the beach for 12 miles until we reached the VA line, which is fenced and posted and looks like a Normandy beachhead. We stopped once to check out the dolphins feeding off the beach. 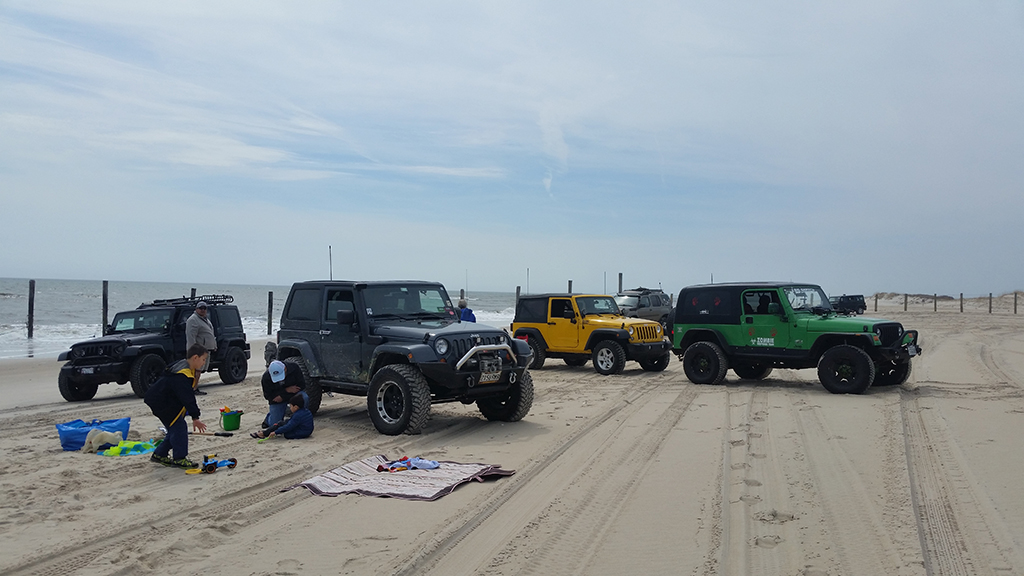 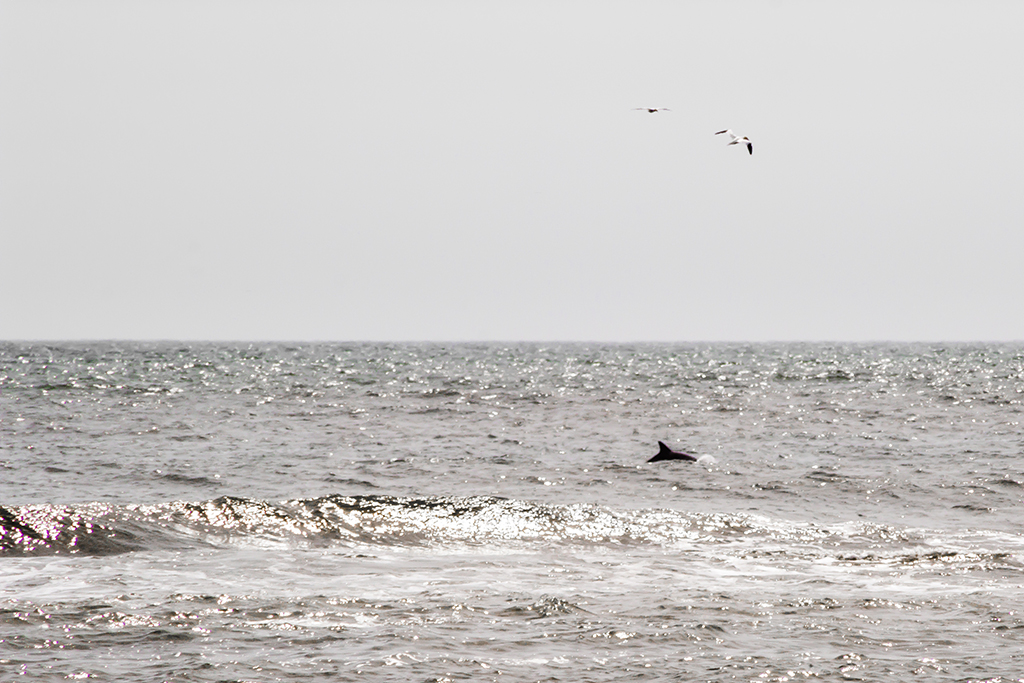 At the VA border we circled the 4×4’s to block the wind and settled down to a fine picnic lunch. After lunch many of the group explored an abandoned house that had been destroyed by a storm years earlier. The younger members of the expedition did some fine shell hunting, enjoying the plight of a number of horseshoe crabs. 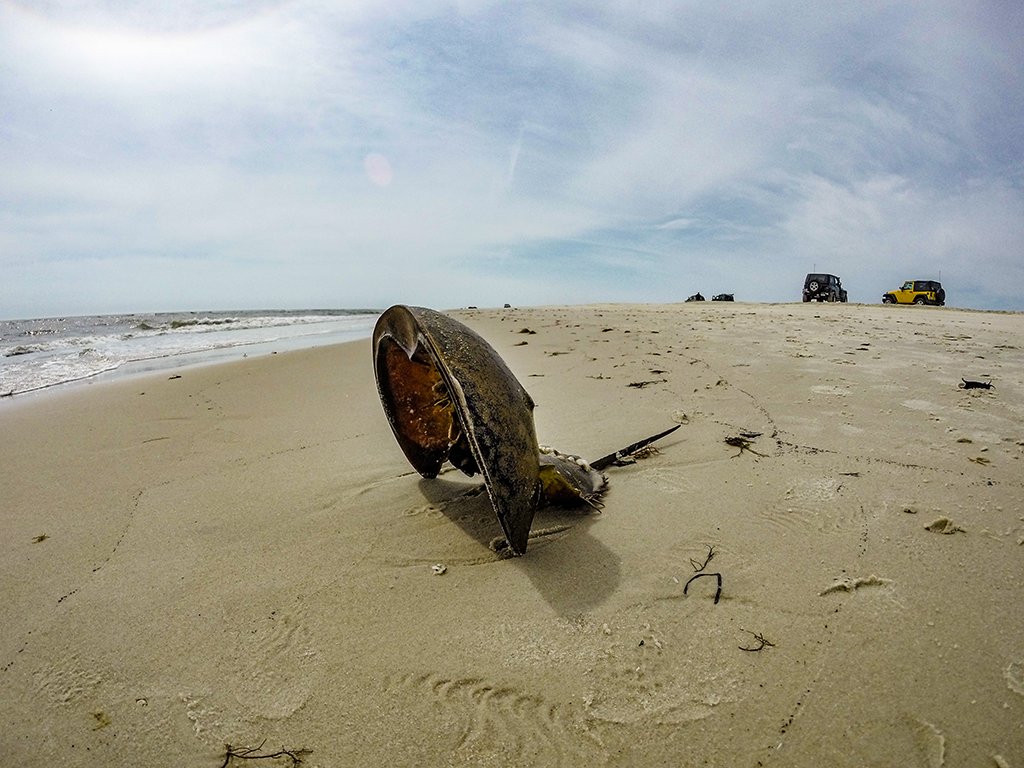 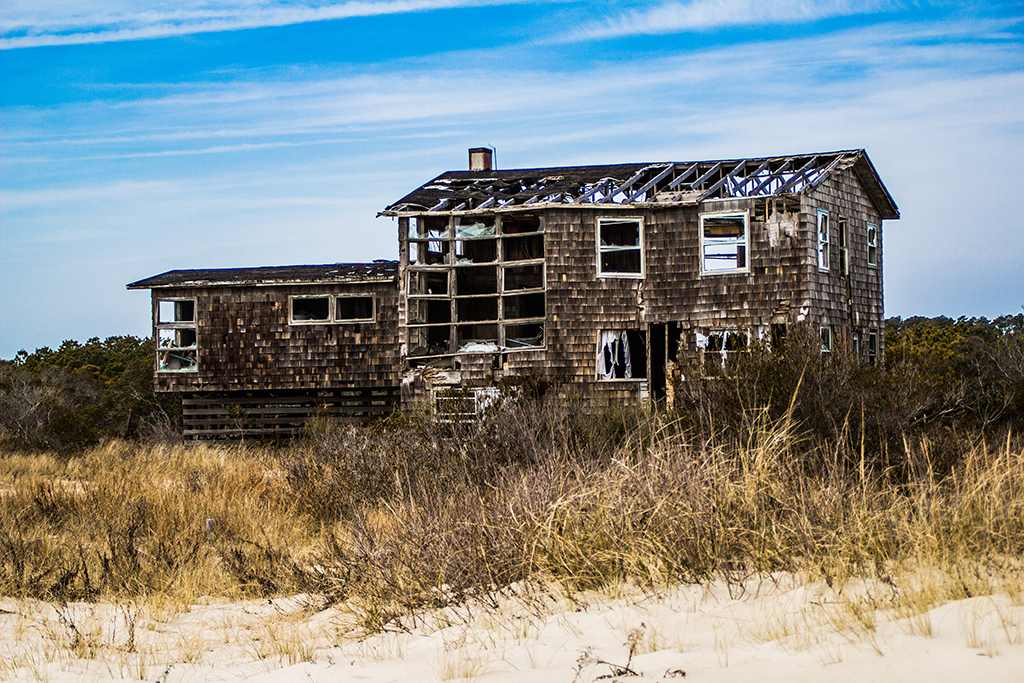 On the way back Andrew suggested we do a little exploring down a couple of tracks that took us off the beach in into the wetlands. Quite nice, especially the second side track with plenty of wildlife. Unlike last year, we saw plenty of ponies, as well as, the little reminders they left to let us that they were there. 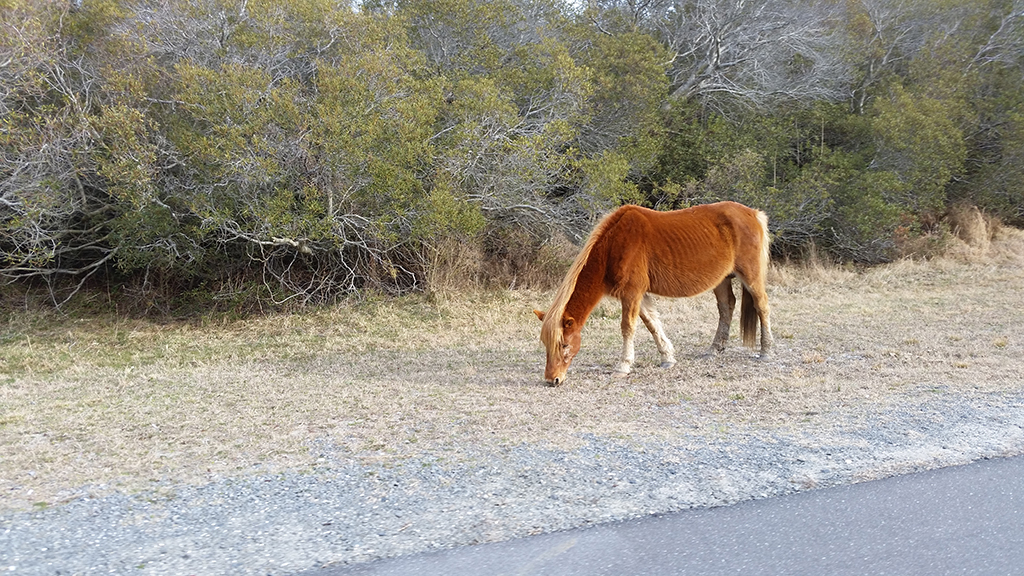 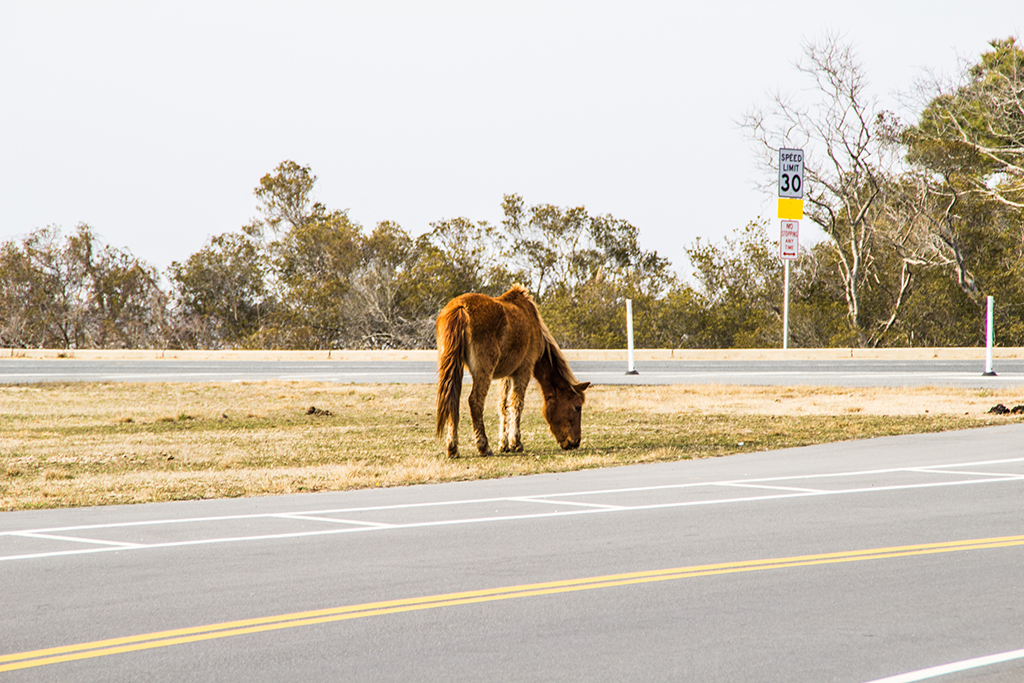 The ride back was fun and fast. We were all pretty comfortable with sand driving by that point. About half way back we came across a beautiful new F250 who had buried himself up to his axles. We pulled up to help and noticed that the tide was coming in and he had about 30 ft before he was in real trouble. We politely didn’t bring this up and quickly realized he was a nice guy who just didn’t know what he was doing. Kandy helped him aired down from 35 psi to 18 psi, while I positioned my maxtrax in front of his front tires and Andrew positioned his Maxtrax behind his rear tires. We asked him to back up onto Andrew’s trax and then forward as quickly as he could without spinning onto my trax. He did a fine job and the combination of Andrew’s trax to get a start, then front wheels onto mine, then rear wheels onto mine was enough to get him over the lip in the sand that had gotten him into trouble in the first place. 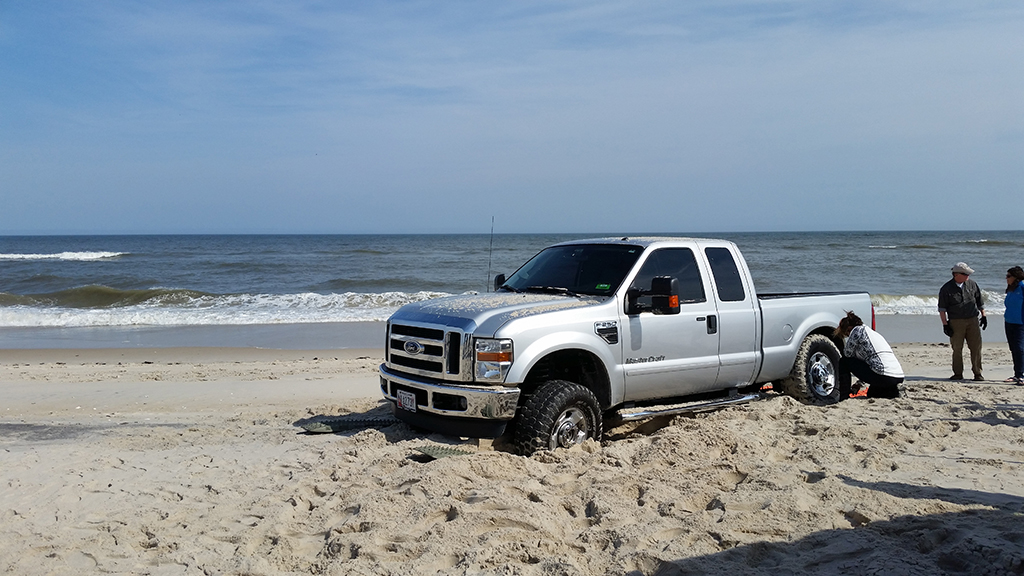 The rest of the way back was uneventful. Several folks decided to hang back to enjoy the beach a little long so we broke into 2 groups. We bumped into our new friend in the F250 airing up. He thanked us again and we all headed home.

Here’s a Video of the Truck Recovery: