Many months ago our friends over at Alpha/Omega Offroad 4×4 Club suggested we get together on a joint run. It had been a long time since they had been out and they were itching to enjoy this great weather we’ve been having. So Pattey from Alpha/Omega approached us about this local park she had heard about that she was hoping to check out called the Chesapeake Bay Critical Area. Every Sunday this park opens up their 4 mile walking/biking path to cars from 10 am until 3 pm. Although the drive is short and “corolla-rated”, we never pass up a chance to get outside and explore with good people 🙂

Here are the CORE folks who joined us on this ride:

And the Alpha/Omega gang:

We arrived in the area around 10:30 am and had a bit of confusion about where to meet. The GPS for the park was a random point in the woods. Some of us met at the Patuxent River Visitor’s Center and, after a few phone calls and CB checks, we finally managed to find each other and headed out towards the entrance of the trail head.

The Chesapeake Bay Critial Area Tour connects the Jug Bay Natural Area with the Merkle Wildlife Sanctuary and features hiking trails, several observation towers, and a 1,000 ft long wooden bridge across the marsh. Most of the drive was one-way but it did open up several times for two-way travel. We decided to take our time along the four-mile route and enjoy being outside. Our first stop was in the parking lot, just before the trail head. They have recreated an Indian village to show how the ancestors of the Piscataway Indians lived in the Bay region. We spent a while checking out the longhouse, garden and canoe-burning recreations. We particularly loved the public-safety approved placement of a fire extinguisher and ceiling sprinklers in the longhouse! 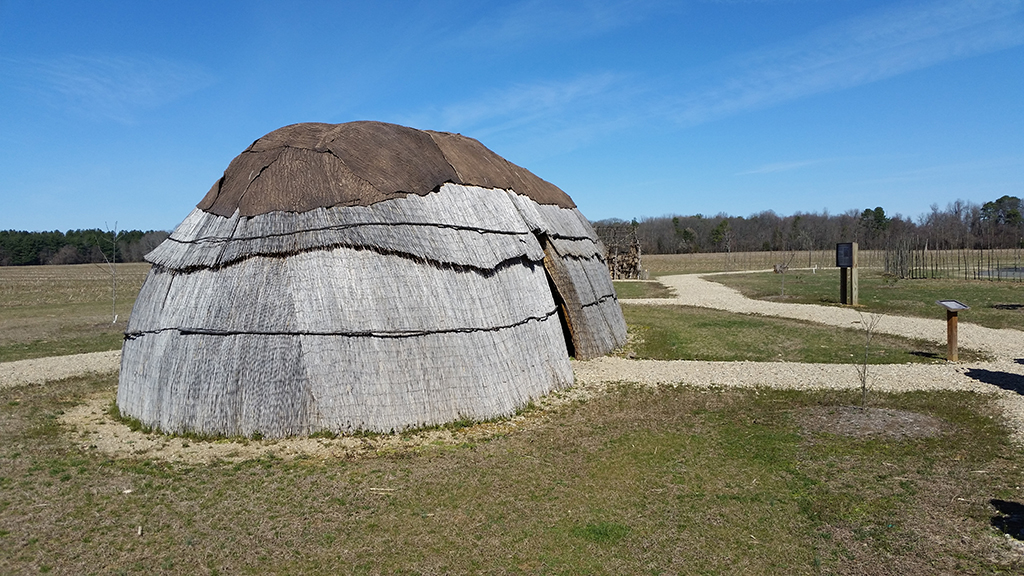 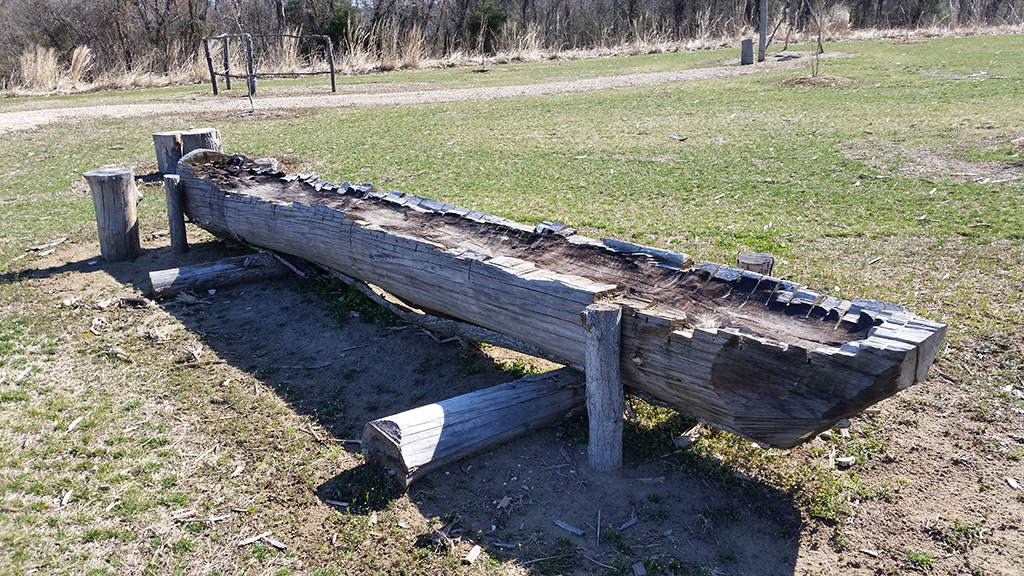 After checking out the Indian village we decided to make our way onto the trail. The drive was beautiful and although it was a bit chilly outside, I think we were all happy to drive with the windows down and get some fresh air. Shortly into the drive we came up to the 1,000 ft bridge over the marsh which made for a great picture spot! We were impressed it held up with all of our trucks on it at the same time! There is a short observation tower on the bridge, but there wasn’t much room for all of our trucks to stop, so we headed on.

Soon after the bridge we came to the trailhead for the short hike down to a large observation tower. We hiked down and climbed up all the stairs to the top – and it was definitely worth the view! You could see all across the marsh lands and it was a perfect place for bird watching and spotting wildlife. 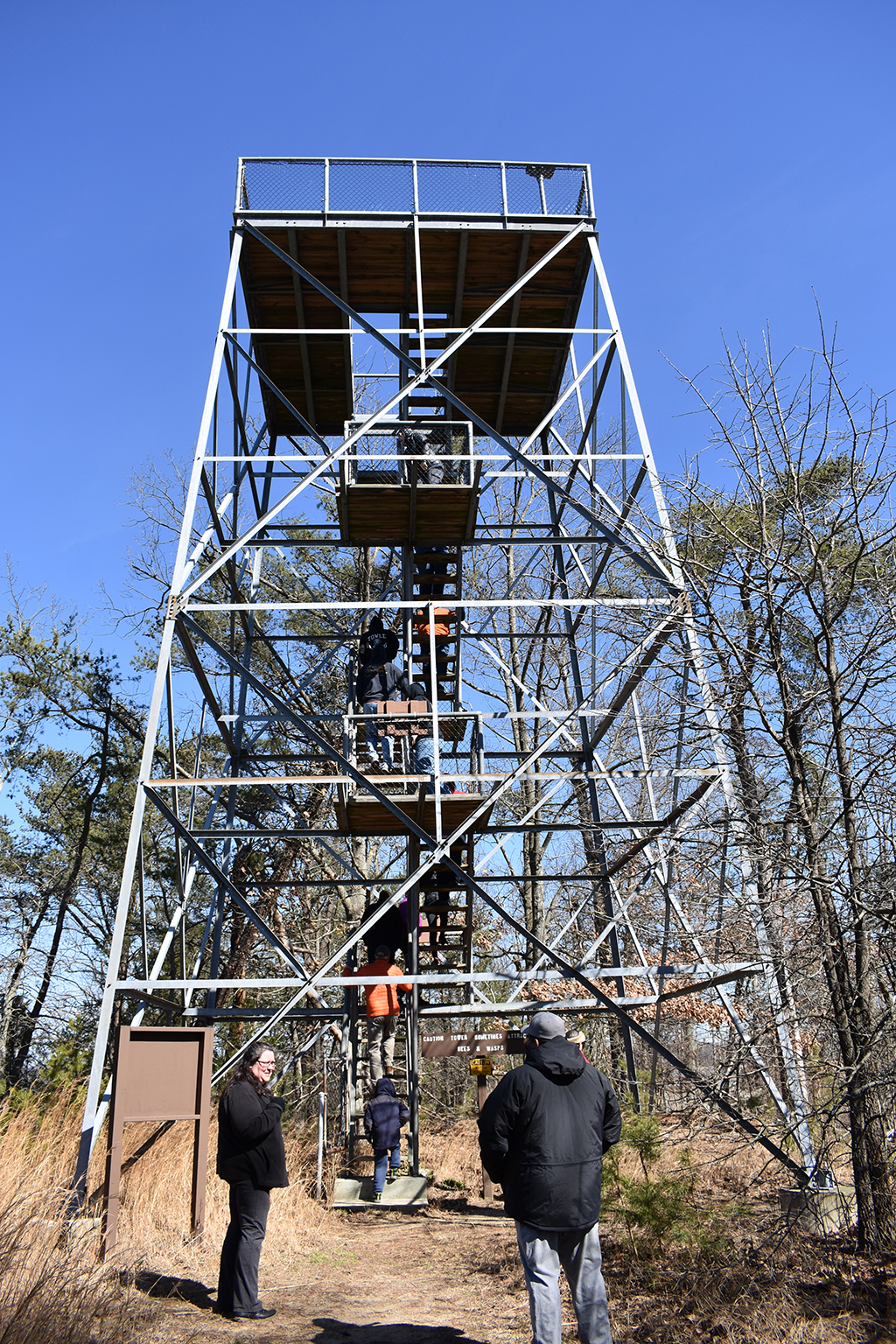 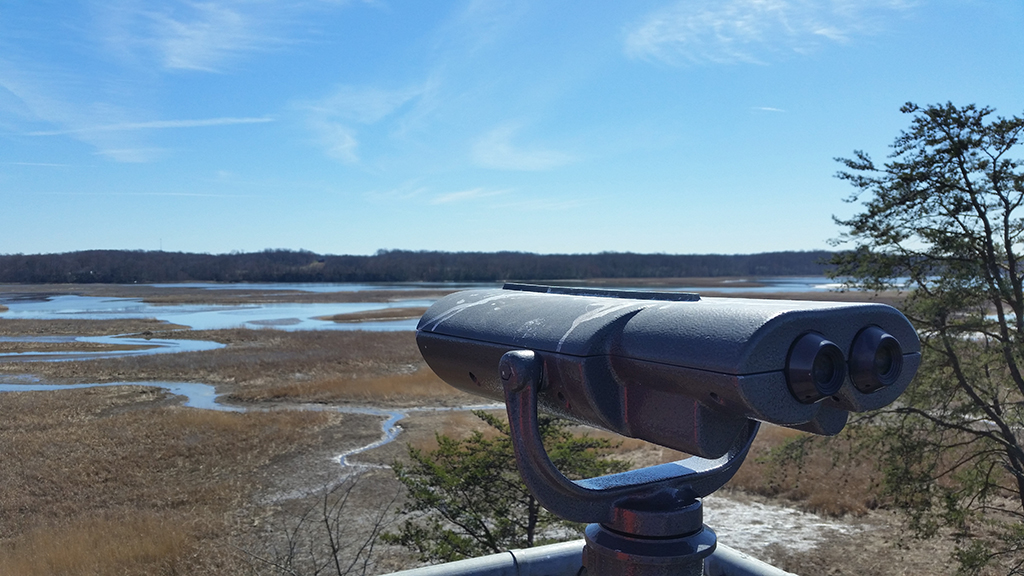 Near the end of the drive there are a few more spots where we could all pull over and get out. We stopped for a bit in an open field that bordered the water and took a moment. We made our way down to the small “beach” area on the water and skipped stones for a while.

At the end of the tour it opens up to several large fields and farm country. It was beautiful! Right near the exit there is a small building that holds the Merkle Wildlife Sanctuary Visitor’s Center and we decided to stop in for a bit. Inside they have many educational exhibits and it’s home to several animals that have been injured in the park such as an owl, several snakes and turtles – including a good-sized snapping turtle!

After our brief stop in the nature center we headed outside and decided to have a picnic lunch on the lawn. We pulled out our camp chairs and blankets and enjoyed a fun lunch to wrap up the day before heading back home. Although the trail was only 4 miles long, it made for a fun excuse to get outside and get a bit of dirt on our tires. 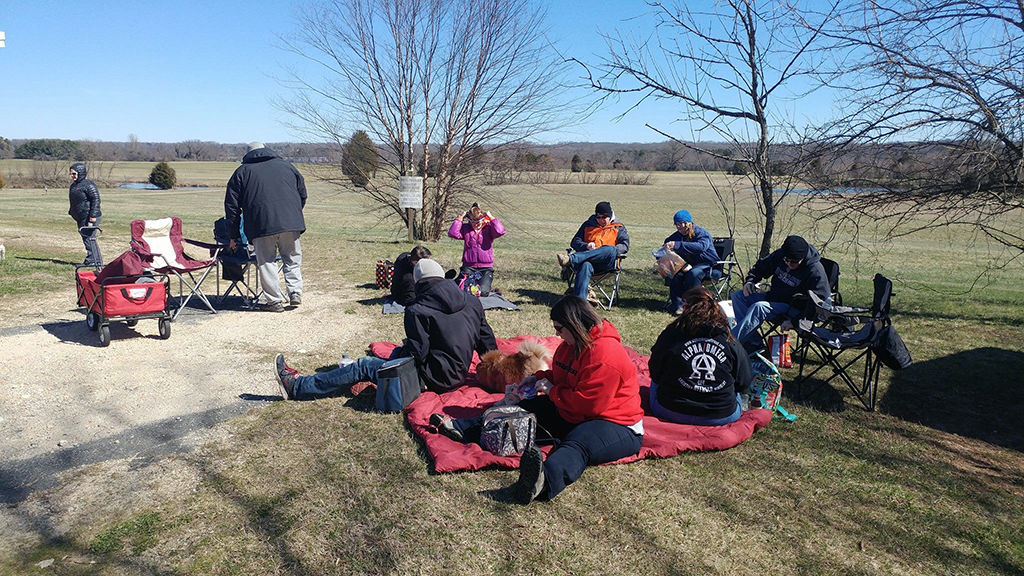